Marvel Digital Comics, not perfect, but worth the money!

A month or so ago, I went looking to see if there was any way to read back issues of Marvel Comics online… and discovered a complete site around providing exactly that service. With a subscription to the digital comics section, you can view any issue of any series that is available on their online catalog; I sat down a couple of nights ago and read through issues 1 to 100 of Ultimate Spiderman for example. 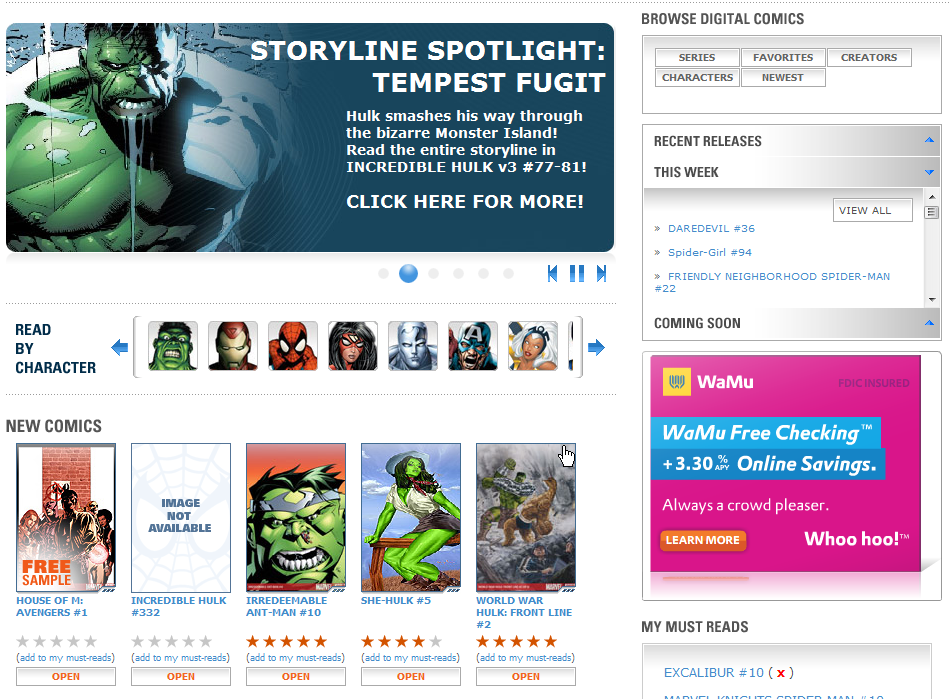 The viewing experience (it appears to be based around some customized version of Adobe’s PDF reader) is acceptable to me, although it sometimes renders text out in odd fonts (obviously not the ones used in the original printed version) and its coolest feature ‘Smart Panels’, that lets you view the comic one panel at a time, instead of one or two pages across your screen, sometimes shows you a view that has cut off parts of the various bits of dialog. So far, the best experience for me has been viewing two pages at a time on a large wide screen monitor like my laptop’s 1920 x 1200 screen. The text is all readable, the rest of the art doesn’t look too cruddy from scaling, and I don’t run into the various bugs of the ‘Smart Panels’ system… and this is the closest in size and format to reading an actual comic, so it works out on many levels! 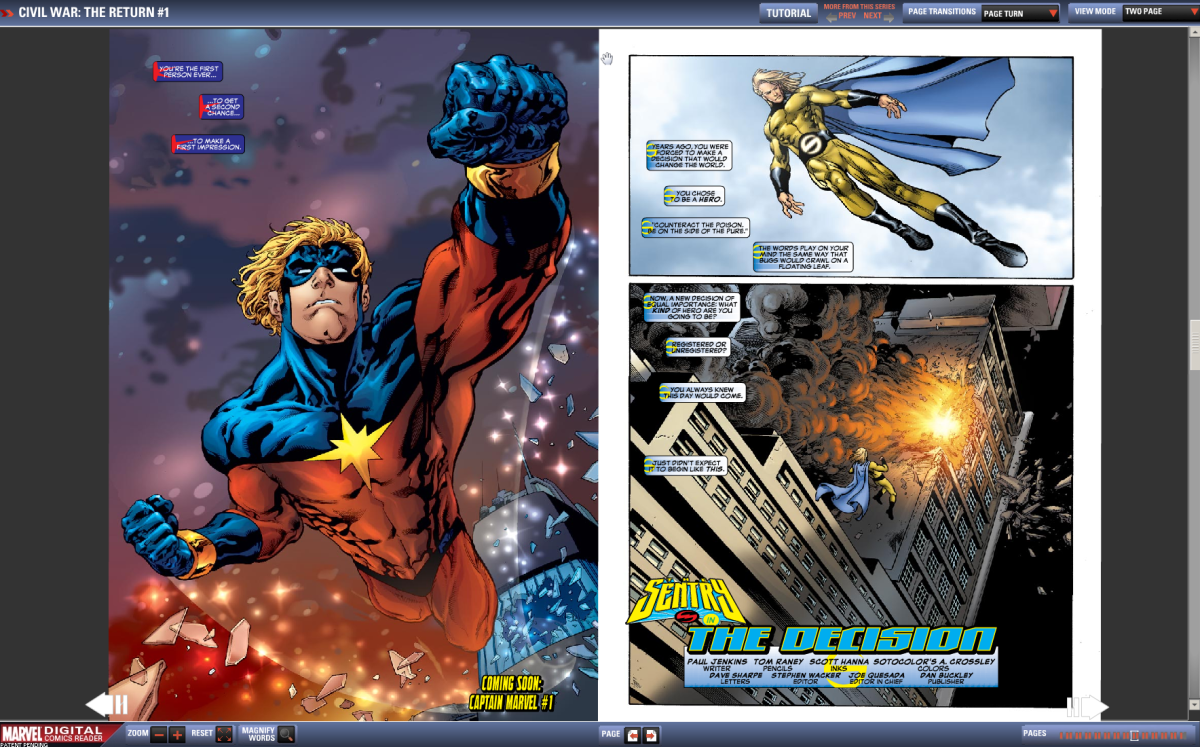 I’ve been reading a bunch of comics nearly each and every night… from ones that I read as a kid (like old issues of the X-Men, probably the only series where I had a ton of issues… well, other than owning the full run of ROM: Spaceknight and the Micronauts!) to all the new ones that I have never read at all (the Ultimates, Secret War, the Civil War series, M-Day, etc…)

The one major flaw with this system though, and this didn’t stop me from buying a year’s subscription but it might be a deal-killer to you, is that there are often gaps in a series you are trying to read. That 1-100 of Ultimate Spiderman that I mentioned earlier, well it is actually issues 1-3, 6-7, 14-15, 19-23, 31-34… and so on. Storylines stop right in the middle, then pick up so far ahead that it can drive you crazy! I’d like to hope that they are working on fixing this, but the cynical part of my mind wonders if it is on purpose, to encourage you to buy the print version of the comics… I hope that isn’t the case, it would really lower my opinion of Marvel 🙁

If you love Marvel comics you should check this out… maybe you’ll love it enough to pay for it, or maybe not… but I think it definitely worth a look.