My most recent bit of beer tourism happened on a wonderful trip to Spain. While traveling to European countries, I often end up drinking lagers. This is not my regular choice at home, but my travel beer choice system is based on an overall desire to drink a local beer if available and the fact that I really prefer beer on tap (or cerveza de barril in spanish).

Given those preferences, I try to find local craft beer on tap, fall back to local beer on tap, and then after that I’m basically just going with what ever they have. Last time I was in Madrid, that meant I was drinking Mahou, Cruz Campo, Alhambra, and Estrella Damm. I definitely ended up drinking a fair amount of these beers this trip too, but I was also pleasantly surprised by a lot of craft beer options. There was even a Cervezas La Cibeles (a Madrid craft brewery) in the hotel room fridge when we arrived (along with a Heineken of course)!

Loved the logo of the Santa Ana brewery (it’s a squirrel holding a beer), but when I ordered the single beer they had available (brewed by them), I was surprised to see it come out in a bottle. It was good, but this was their pub so it was a bit disappointing that their beer wasn’t on tap. Note that the website seems to suggest that draft beer is available, so your results may vary.

The absolute best place I found on my trip though, was a local pizza place whose name, Brew Wild made me think they’d have some beer. That was an understatement. With 18 beers on tap, many of them very local, my only regret was that I could only try a couple.

Luckily for me, and my step-dad who was traveling with us, we made it there twice during this one trip. We flew into and out of Madrid, so we were back there about two weeks later. Brew Wild was on the agenda for both Madrid visits! The list of available beers likely changes all the time, but I can tell you that I enjoyed the Vanilla Black Velvet (Russian Imperial Stout) and the 15 hour Citra Session IPA both from La Quince. 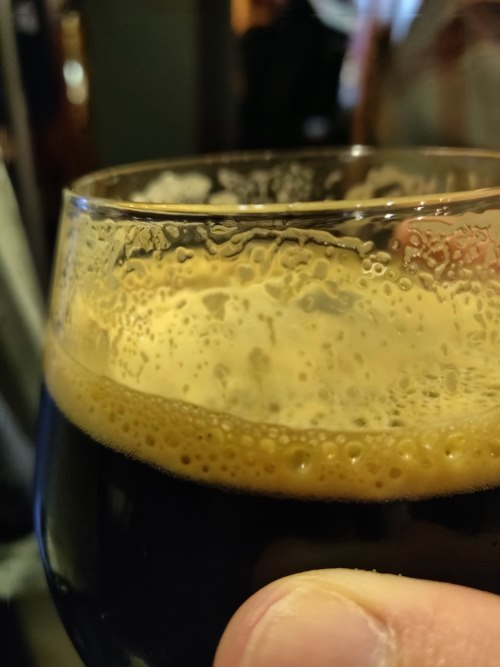 The pizza place is either run by the same people as La Quince, or they have a very close partnership, it basically seemed like the La Quince brewpub. They had lots of other brewery’s beers on tap though, and in fact on our second visit, it happened to be a brewer’s night. We tried some beer from, and chatted with a representative of Northern Monk (a brewery from Leeds, England).

I’m sure there are many other craft beer spots in Madrid, but finding them wasn’t the main purpose of my family vacation. We were very happy to find a spot with so many great craft beers right where we were staying.